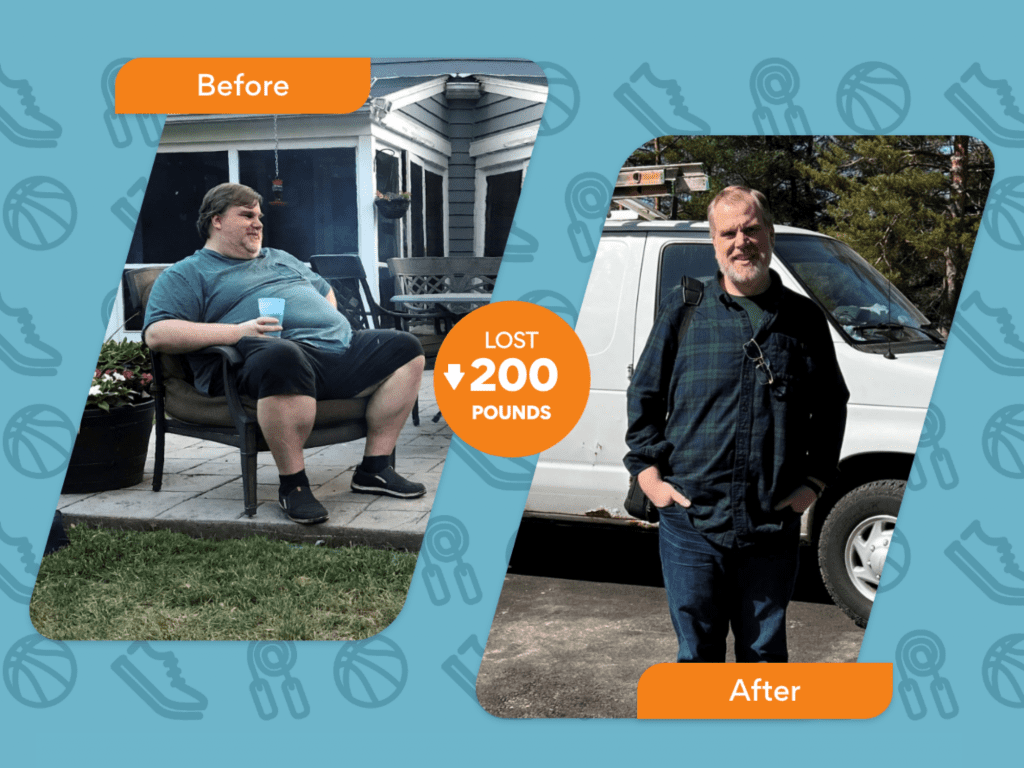 “I no longer have high blood pressure, no more GERD, and no more sleep apnea. My cholesterol is way down too. In general I just feel great.”

Rob has always been a caregiver to others. He helped his mom, dad, and other family members in their time of need when their health was failing. But slowly, Rob began to realize he hadn’t really been taking care of himself over the years. He decided it was about time he started.

Shortly after his realization Rob received an email from Independent Health, his health insurance company, about a program they offer called Brook+. It took a little soul searching to finally jump in with both feet and put his health first. Rob said, “I read the email over and let it sit for a few days. One day I finally decided to enroll, and I’m so glad I did.”

Rob has had an amazing transformation on his journey with Brook+. Before he started, Rob’s A1c was hovering around 6.3, which is close to the edge where prediabetes turns into a diagnosis of type 2 diabetes. After 10 months on Brook+, Rob’s A1c is now at 4.6, well into the optimal range and indicating that Rob no longer has any issues with his blood sugar. Rob is now a year and a half into his health journey, and his transformation is astounding.

“I no longer have high blood pressure, no more GERD, and no more sleep apnea. My cholesterol is way down too. My weight, according to my doctor from September 2020 was 445 pounds. Today I weighed in at 245. In general I just feel great. I am constantly amazed at what I can do now,” says Rob.

Rob says “The thing I like best about Brook+ is that I feel in control of what I’m doing. The scale, the Fitbit, the app, and the coaches are all excellent tools which provide guidance, but they still allow me to make my own choices about my health. It’s ultimately up to me.”

Now Rob is back to doing the hobbies he loves but couldn’t take part in when his health was at its worst. “I love the outdoors. But I was so limited in what I could do, I would often sit on a bench while others went off on outdoor adventures. Now I can join in. I’ve become fond of telling people that two years ago, I could barely climb the stairs, and now I’ve climbed two mountains!”

“My coach, Madison, is so helpful.  When I felt discouraged she helped me see the progress I was making when I couldn’t see it myself.” 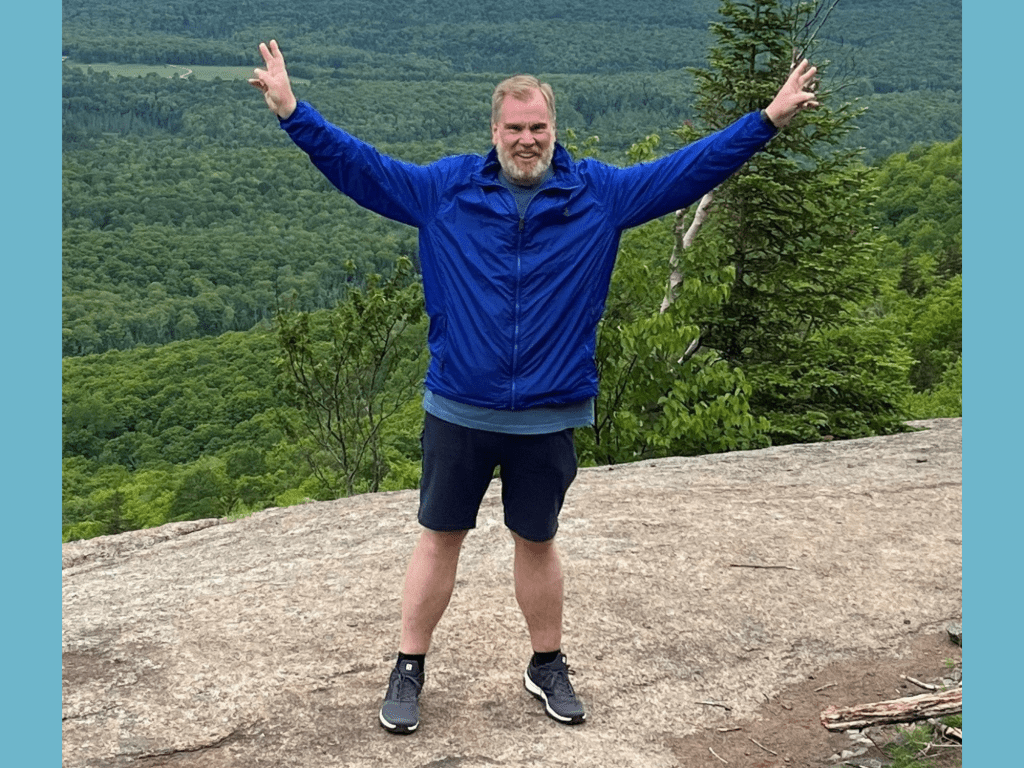 What’s Rob’s advice to anyone else out there who might be thinking about starting their journey to better health on Brook+? “I would say TRY IT! There’s nothing to lose.”

Ready to take the next step? See if you’re eligible to join Brook+ at no cost to you today by taking the 1-minute health risk quiz and entering your insurance information here:

on September 30, 2022. Kelsea is Registered Dietitian with her Master's degree in Nutrition from Bastyr University, and has been a health expert at Brook since 2017.